You Cannot Afford To Offend My Woman 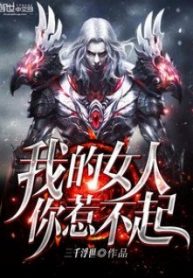 He is an undead who is devoid of all humanity, he is the one and only supreme overlord, he is a man who has severe mysophobia.There are many people who try to act cool in front of him, whatever soldier king, assassin, system user, transmigrator, reincarnator, the strong returning, the strong coming down from the mountain, person coming back from the immortal world, reincarnation of the devil king, immortal emperor possessing someone’s body, and so on, all of them do not know what will happen next.