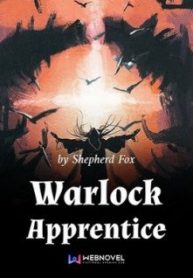 The status of a wizard is transcendent in all continents and in the universal plane. Mysterious, wise, cruel and bloodthirsty are synonymous with wizards. But what does a real wizard look like? After coming into contact with the world of wizards, Angel came to the conclusion:Wizards are a group of people who illuminate themselves with intellect-driven ideas, but are in a dialectical world with a materialistic attitude. In other words, this is a group of alternative scientists who walk alone in a rigorous manner in the pursuit of understanding reality.…..Multiple worlds, boundless overlap. Under the guidance of intelligent creatures, they have walked out of their respective paths of civilization. Among them, the wizard world, with its unique cultivation of civilization, runs through the endless plane. Even if the wizard world is so strong, the reality of the universe, is that the mysteries of the dimension are still unbreakable. Until, a multiverse traveler, visited this side of the world. (The traveler is not the protagonist, the traveler is not the protagonist , the traveler is not the protagonist, things that are important are said three times!)

birth of a nation: a comic novel is a brilliant, biting, and witty commentary on the chaos of the 2000 election.

birth of a nation: a comic novel