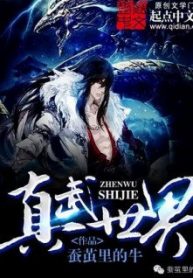 With the strongest experts from the 33 Skies, the Human Emperor, Lin Ming and his opponent, the Abyssal Demon King were embroiled in a final battle. It ended with the Human Emperor destroying the Abyssal World and killing the Abyssal Demon King. By then, a godly artifact, the mysterious purple card that had previously sealed the Abyssal Demon King, had long disappeared into the space-time vortex and tunneled through infinite space-time, with a loved one of Lin Ming accompanying it.In the vast wilderness, where martial arts was still slowly growing in its infancy, several peerless masters tried to find their path in the world of martial arts. A young adult named Yi Yun from modern Earth had unwittingly stumbled into such a world and began that journey with a purple card of unknown origin. It’s a magnificent yet unknown true martial art world. This is the story of a normal young adult turning into a legendary peerless expert.

J-Novel Club is a digital publishing company specializing in publication of Japanese light novels in English.  With J novel club, a huge number of light novel are easily accessible to readers