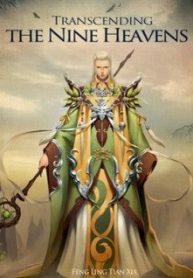 blackfish city: a novel is “One of the most intriguing future cities in years.”

The Legend of Futian