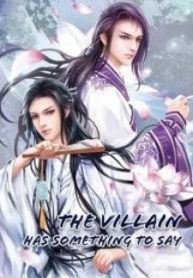 As the head disciple of the number one sect in the world, Luo Jianqing had a brilliant reputation. He was the most respected senior brother of his junior brothers and sisters: the last disciple of the cultivation world’s number one cultivator, Luo Jianqing greatly respected his master’s teachings, not crossing his limits by even half a step.Afterwards…… he was stabbed to death just like that by the main character with his sword. His master’s sword. Luo Jianqing: “……” The heavens wants me dead, yet I refuse to die! See if the will of the heavens is more fearsome, or if the will of my sword is more stubborn!Wu Yin: “Jianqing, I have something to say to you.” Luo Jianqing: “Master, I also have something to say to you.” Wu Yin: “… you speak first?” Luo Jianqing: “You speak first.” Wu Yin: “I like you.” / Luo Jianqing: “I want to top you.” Wu Yin: “……”

The meaning of novel is depend on how you read novel

The Yun Family’s Ninth Child is an Imp!

My Youth Began With Him

The Demonic King Chases His Wife: The Rebellious Good-for-Nothing Miss