The Second Coming of Gluttony 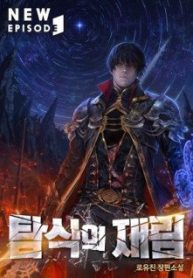 He was an addict, a loser, a despicable human being.But, one fleeting dream that may not have been a dream at all reawakens his once-lost senses.Possessing a very unique ability, he would use that, and the dream, to forge his path in the world now known as the Lost Paradise.….“The son of god Gula has returned.”I was lost in the world of gambling.I turned my back on my family and even betrayed my lover.I wasted every day of my life.It was a life of trash.The reality told me thus:That I would amount to nothing no matter what I did.In order to change my pathetic life, I chose fantasy, instead.Even then, it was the same story.I wondered if salvation would come at the end of the long road.But, I was forced to kneel down in defeat in front of a powerful entity.The tower I built up with my own hands crumbled into nothingness.Just for once, I dearly wished to know the truth about myself.– Come closer, my child…I will not hold back this time.

Rebirth of a Supermodel

The Tempestuous Consort – Wilfully Pampered by the Beastly Highness