The Most Loving Marriage In History: Master Mu’s Pampered Wife 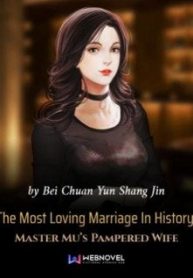 “Missus, time to fulfil your duties!” Mu Yuchen demanded as he pulled Xi Xiaye closer with his arms intimately wrapped around her waist.It was a meticulously planned feast for the powerful. Her fiancé had knelt down on one knee and proposed to her sister instead. Robbed of her right to her inheritance, she was prepared for the Xi family to throw her to the wolves. As she slipped away from her family that had turned their backs on her, she found him — Mu Yuchen, the low-profile and reserved noble that ruled City Z and led Glory World Corporation.“Mu Yuchen, let’s get married!” He looked up at her, then suddenly stood up.“Where are you going?”“Let’s go. Any later and the civil affairs bureau will be closed.”

My Youth Began With Him