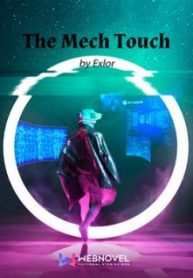 Humanity has conquered half the galaxy and the Age of Mechs reigns supreme!Ves Larkinson lacked the genetic aptitude to become a famed mech pilot. Fighting against his fate, he studied mech design in order to express his love for mechs as a builder instead of a soldier.When Ves graduated from college, he returned to a new but empty boutique. Left with a small, newly founded mech workshop that his father painstakingly built with a mountain of debt, Ves somehow needs to make ends meet with the bank breathing down his neck.In the midst of his despair, he found salvation from another legacy his father had left.”Welcome to the Mech Designer System. Please design your new mech.”

Wicked (maguire novel) is one the novels that you can consider to read!

Rebirth of an Idle Noblewoman