The King of The Worlds 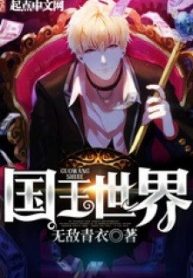 This is a world where a king is the most powerful.Being a king make you can travel through the world and choose the strongest people in the sub-worlds as retinuesAs long as countries are established in different dimension spaces, they can integrate their resources, land, civilization, and cultivation system into their own king’s world to expand their territories and accelerate the process of civilization.Qin Yi soon discovered that these dimensions were familiars to him from his previous life.in Naruto s world, the integration of ninja civilization, the whole people are ninja. into bleach world, conquer the world, expand the world map let the world evolve into a shinigami civilization.Is this just finished? No, everything is just beginning!Dragon Ball, journey to the west, Marvels, Pirates, all the sub-worlds, is the nourishment of the King’s world civilization!The first subject he met was GandalfThe first world is Naruto’s.

The witch elm: a novel is a notable work, which is awarded by the New York Times!

Gamers of the Underworld

Tempest of the Stellar War

the witch elm: a novel