The Boss Behind The Game 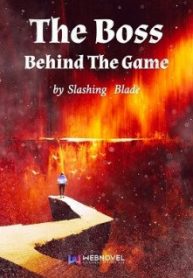 Lu Wu, an aimless video game developer, had been feeling perturbed ever since he found out he was the direct descendant of a king from the underworld. Other than the title, His Excellency, his ancestor hadn’t passed down anything else to him. On top of that, all of his ancestor’s subordinates had rebelled against him and completely usurped his inherited territory.Under the circumstances, Lu Wu built a battle game server with the help of his new mysterious friend and transported gamers from the real world straight to the underworld using virtual reality. They then created the main quest, the character classes, the Instance Dungeon, the storyline, and the non-player characters for the game. Relying solely on these video gamers’ strengths, Lu Wu began his expedition to reclaim his rightful inheritance. What could possibly go wrong?

For your information, ya novel is abbreviation for young adult fiction