Tales of the Reincarnated Lord 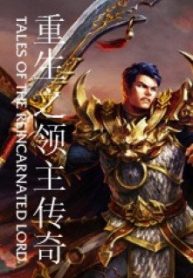 In a world where magic is long but a thing of the distant past, where humans have the potential of harnessing a dormant power within them, called Battle Force…A man from modern day Earth finds himself suddenly waking up in the body of Norton Lorist, a youth of noble descent that had been exiled from his homeland in the North by his family to Morante City, the capital of the Forde Trade Union on the pretext of pursuing his studies.Little did he know what would await him when he receives summons from his family years later to return to the Northlands and inherit the position of the family head…This is the tale of his life before the summons…This is the tale of his journey northward and the allies he gathers along the way…This is the tale of his rebuilding his family’s dominion and keeping it safe from other power hungry nobles…This is the “Tales of the Reincarnated Lord”.

To become a visual novel maker is not easy, you need have a creative ability.