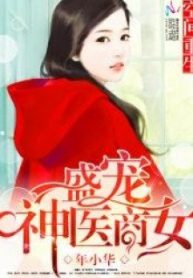 In her past life, she had no one to rely on and died alone in jail.But now, she has been reborn, given a second chance.Got an heirloom.Activated a mystical Space Dimension.Studied medicine and became a genius doctor.Opened a clinic.Founded a company.Bought a house and land.Found her blood relatives.Her worth became higher and higher.Her fan club became bigger and bigger.“Young master, the Zhao family’s young master faked an illness and went to future young miss’s place for treatment. . .” said a servant.“Break his legs! Fail his organs! A fake illness? I’ll make him sick completely!” A man said.“Yes! But young master. . . what are you doing?” The servant said, confused.The man finished swallowing a bunch of expired pills and said, “I’m sick, gotta go find my wife for some treatment!”

The passage (cronin novel) is a novel by Justin Cronin, published in 2010 by Ballantine Books, a division of Random House, Inc., New York.

Tales Of The World Devouring Serpent