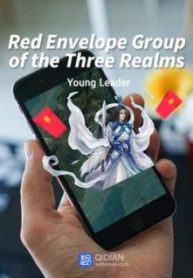 In a world of shallow-minded, materialistic mortals, what would one from humble beginnings – whose face had been stomped on, spat on, oppressed for the longest while by the arrogant, pampered upper echelons of society – do, when a mysterious application pops up on a brand new phone that was meant to be the birthday gift of an ungrateful girlfriend? What if the application takes the form of a chatroom where its occupants, bearing the names of mythical, fictional beings, start giving out ‘Red Packets’, all the while spouting nonsense?

Difference between light novel and manga is that light novel is a little bit longer than manga!

The Marriage of an Esteemed Supreme Healer, a Noble Ruler

difference between light novel and manga