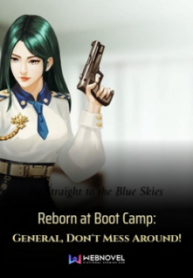 The newly rebirthed Ye Jian doesn’t need love! What she wants is to stand high up above other people and to look down on them in disdain!To those who have bullied me; who have disgraced me: I will return all your favors one by one.Ever since her rebirth, she used her reputation to eat, yet she became an extraordinary military soldier.He was born into wealth and could obviously use his family to eat, yet he had to use his own skills to become the youngest general.He took a fancy to her; she tried to avoid him.“You need to have a taste of romance.” He said.“Leave! What I need are bullets!” she angrily replied.The strong and strong fight; the strong and strong compete. This is the story of a strong military couple.

Night Ranger novel is a famous light novel which covers many genres like Fantasy, Martial Arts, and Action.

I Become A Burdensome Child After Transmigrating