Oh My God! Earthlings are Insane! 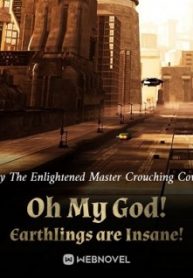 Fifty years ago, Dragon City transmigrated to the Other World. Alone in the world, they lifted the banner of Earth’s civilization and fought against the terrifying forces of the Other World. And in the end, Dragon City was destroyed. Then, Meng Chao was reborn after Dragon City was destroyed, and he returned to the time fifty years after Dragon City transmigrated to the Other World. But he was not alone, he returned with a system named Kindling, who told him that he can become stronger if he contributed to society. So Meng Chao swore that he would become stronger. In the beginning, he only wanted to make small contributions to the society by teaching them technology, martial arts, and skills from the future, and in the end, everything snowballed from there, and he found that… Earthlings were really insane.

Since the new novel coronavirus appeared, the space command has been executed. During that time people can visit our web to read stories!

Return of the Female Knight