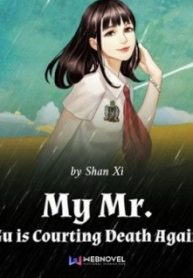 As a fiery young shrew, Xu Weilai was confident that no one would be able to resist her charms. However, time and again, she was thwarted by Gu Yu. Not only had he not taken responsibility for her, he had also dissolved his betrothal to her, causing her to be a laughingstock. Three years later, she did her best to stay as far away from him as possible. But how…? She’d met him by chance at a banquet. She’d met him by chance at dinner. She’d even met him by chance while on the way to the washroom! This had to be a curse! Finally, the heartless Gu Yu coldly warned, “If you appear before me again, I won’t let you off!” Xu Weilai was so frightened that she booked the next flight out of the country! But who could have predicted that the man she was seated beside… was none other than he again! Oh no! Her life was flashing before her eyes!

Apotheosis light novel is a fantasy novel. You may heard this name once before because it is very famous.

Living With a Temperamental Adonis: 99 Proclamations of Love