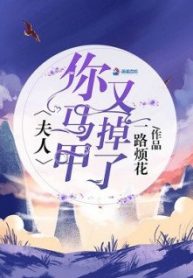 [Two-faced Languid Rich Male Lead vs. Deeply Hidden Beautiful Female Lead] Qin Ran grows up in the countryside. She disappears in the third year of high school and ends up suspended for a year. One year later, she is brought to Yun Cheng by her mother to attend First Middle School. Her mother tells her: “Your stepfather is from a prestigious family, your brother is a genius, and your younger sister is a top student. Don’t be an embarrassment to them.”Anybody who is anybody in Beijing all receives a warning from Master Juan of the Cheng family: Master Juan’s wife is from the countryside and doesn’t know how to socialize nor make connections… Her temper is also really bad, so please be tolerant of her. One day, when Master Juan is investigating a certain big shot, his subordinate stares at the sock puppet—an online identity used for purposes of deception—he had accidentally revealed. It’s from the wife that supposedly doesn’t know anything… He falls into silence.The two big shots have probably been hiding their sock puppets from each other in order not to make the other party feel inferior.

This is a pretty good manga story that attracts readers. However, not everyone knows how to read manga. So how to read manga? Manga is a type of Japanese story with a different reading from ordinary stories. We need to keep track of manga panels, right to left and so on until the end of the story.

The Gate Of Good Fortune

how to read manga