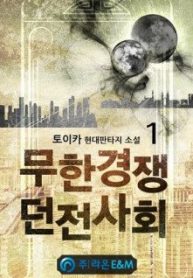 The second moon marked the beginning of a revolutionary change.
With the emergence of monsters and dungeons in modern society, and the ability users who fight against them, the world faces a shift in its paradigm.It heralds the advent of a new energy source and the decline of traditional occupations.Common sense thus becomes warped and imagination becomes reality.Translator: FudgeNougetEditors: Lightning Asura, Illidan Stormrage, Uncreative

The witches (novel) is one of my favourite books because it contains many descriptions that make you feel you are in the situation.

You Are My Unforgettable Love