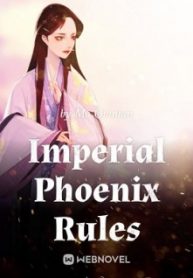 In the 21st century, she was the strongest bounty hunter who possessed supernatural powers and was proficient in brewing all types of potions. However, she becomes the first talentless child of a cultivating family when she transmigrates. Her elitist family members holds her in contempt because she cannot cultivate? In a few minutes, she cultivates a pile of mind-blowing spiritual weapons in front of their eyes. Did the woman who snatched away her husband think she’s very impressive because she can cultivate? I’m sorry but even the number one medicine brewer in the continent desperately begs her to be his teacher after he sees the medicine she produces. She is dismissed by her scumbag fiancé because she can’t cultivate? Hehe, her god-level cultivation skills are easily leveled up. When he regrets his decision and begs for a reconciliation? She leans in the arms of another handsome man and said disdainfully, “Just get lost.” However, what happens after she accidentally opened the coffin of a vicious, yet handsome man and he decides to stick by her? She has no choice but to accommodate his wishes. [Strong male and female lead who are soulmates.]

Finders Keepers (novel) is a crime one written by American author Stephen King, published on June 2, 2015. It is the second volume in a trilogy focusing on Detective Bill Hodges.

Provocative Fiery Wife: My Superior is a Affectionate Spitfire

Way of the Devil