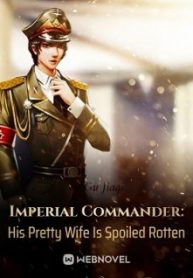 There are three good things about Master Mu: good marksmanship, good skills, and good wives!As everyone in Kyoto knows, Yun Xi is Mu Fei Chi’s finger-pointed and soft-hearted pet.Whoever sees who is envious of jealousy, and who makes him hurt.Once reborn, Yun Xi, the father of Tiansha Lone Star, didn’t hurt his mother and didn’t love it, but was adopted by Mu Feichi, his wife’s mad demon.The wife tore the green tea in front of the scum, and he cleaned up the battlefield behind.She is his heart, and her ambition to dominate the world has become worthless, just to take her as her own.“Military marriage is a fighter in the grave of marriage.“Young handsome, I am also a fighter among men, and I will let you get married every day without divorce!”

The Villainess Reverses the Hourglass

The Return of the God Level Assassin [BL]