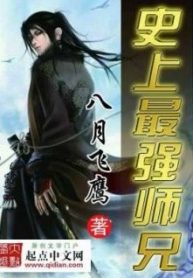 The first time Yan Zhaoge crossed worlds, he landed in a martial warrior civilization that was at the peak of prosperity. He ended up in the book storage building of the the Divine Palace, which collected and preserved the classics of the entire world from all fields of knowledge. However, a world class calamity struck soon after and even the Divine Palace was destroyed.Yan Zhaoge’s soul once again crossed over, but this time he arrived in the same world, except countless years have passed.With his brain full of rare books and classics from the era of peak prosperity, Yan Zhaoge’s second crossing over to the present era was like a gamer who was used to playing hell mode suddenly finding himself playing the game on easy.That was just way too awesome.But before that, he needs to fix a certain problem.“I’m not a main character? In fact, I’m actually the main character’s love rival and the antagonistic Mr. Perfect senior martial brother? This script is wrong!”PS from author: ‘History’s Number One Founder’ is already complete with 4.6 million characters, I welcome you readers who have favourited and fed my book until it became fat to enjoy this book as well.

intensity (novel) is a novel by the best-selling author Dean Koontz, released in 1995.

Cult of the Sacred Runes

My Range is One Million

I Really Am Not The Lord of Demon