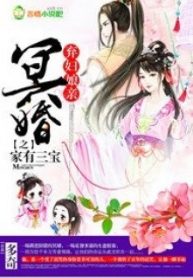 She is a waste daughter from the Su family that couldn’t cultivate. On the day before her wedding, the Third Prince break off their engagement in the street. She is replaced by her own sister. She became the center of conversation in the city. In her resentment, she hit herself to the Su Family’s gate, but only became the object of other people’s ghost marriage.She, Su Zimo, open her eyes and found herself sleeping in the coffin. It’s not actually surprising, but why is there a person lying beside her? It’s actually also not surprising, what strange is, they are wearing a red wedding dress. When she looked around her, she almost fainted.He, is a cursed person with an indescribable status, a curse that has been passed down in their family for centuries, making him unable to sleep.A mistaken marriage, a battle in business and a long period of painstaking love, made their fate intertwined since then.

Who made me a princess novel is a popular web novel written by the author devilprincess, covering Fantasy Romance genres.

I’m Sorry For Being Born In This World!

Painting of the Nine Immortals

who made me a princess novel