Forced to Date a Big Shot 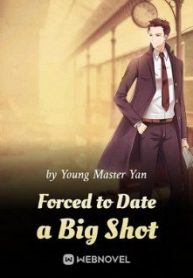 Xue Xi is forced to fall in love at first sight with this dangerous man on their first meeting. With death being the only other option, she makes the first move:“I am rich and I can fight.”“Be my boyfriend and I’ll protect you.”From then on, news of the Xue family’s eldest daughter and number one student keeping a gigolo slowly gets out. Alas, she is someone who protects people she calls her own fiercely, until that fateful day—shielding the man behind her from the supposed-hooligans, she proclaims coldly:“My boyfriend is timid, so come at me if you have any issues instead.”The hooligans shivers in fear as they look toward a certain big boss who is being protected. So the infamous “Black Yama” actually has this kind of hobby?

Kanzen kaihi healer no kiseki novel is now trending than ever in the Internet due to its details and thw way the characters are built.

My Hidden Wife is Sweet

A Monster Who Levels Up

Doomed to be Cannon Fodder

The Earth is Online